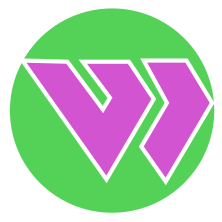 Leyla Fernadez a 19 year old kid playing in her first Grand Slam quarter finals, glanced up to her box, set to hit the most important serve in her career.

This felt different than when she knocked off Naomi Osaka and Angelique Kerber (both of whom former #1’s AND Grand Slam Champions).

Elina Svitolina, the world #5 had never won a Grand Slam, And you could FEEL her ravenous hunger intensify throughout the match.

But Leyla took a few deep breaths and with her mother nervously watching in the stands, perfectly executed the biggest point of her life.

And it makes you wonder…

How does an athlete have so much composure at such a young age?

How did she become so resilient?

And what about her parents?

It’s no accident when a father-coached-kid shows up and beats three of the best players in the world.

But as champions will tell you, your skills are your entry ticket into big moments…whether that be a Grand Slam Final or a dream job interview.

Your IDENTITY is your exit ticket.

THAT’S what pulls you through when the going gets tough.

And we are standing at the door of a future where those IDENTITY traits will become increasingly valuable.

With the acceleration of artificial intelligence, machine learning, and robots… MANY traditional, mechanical skills will become obsolete.

(Those jobs will be replaced with ones that have yet to be created).

THIS. WILL. ABSOLUTELY. CERTAINLY. MOST DEFINITELY. HAPPEN.

That means the people that develop and harness HUMAN skills like empathy, resilience, creativity, grit, and intuition will be the ones WINNING.

It’s why Novak Djokovic credits so much of his recent dominance to his SPIRITUAL training.

Leyla and her family clearly know this.

So the question is… How can YOU unpack and master these critical skills without a super team in your corner?

For the first time ever, YOU can be trained in these unique and critical skills by world renowned experts who have dedicated their careers to mastering them.

Here, you’ll hear from some of the world’s leading experts who will unpack some of the traits of someone like Novak Djokovic, or Serena Williams.

The skills they train every day to become dominant at their level.

Behind every Winning PLAYER there's a Winning PERSON.

Training and playing with Pressure, handling a few critical moments and experiencing constant uncertainty can take its toll.

The Winning Summit has the experts to give you the keys to Positive Mental Health, and the ability to create, choose and train your IDENTITY.

How do Parents get trained so they can be winners for their kids who have aspirations to great things in and out of their sport?

Our stellar cast of expert speakers will show you.

If you have “Tennis Player” on your resume ...then you are in prime position to get a job or create a job in this era of Ai, Machine Learning, Data and much much more.

Our experts will show you how to win in Industry 2.0, where rapid growth, uncertainty and the need for the skills you’ll learn at The Winning Summit will be high.

This is a once-in-a-lifetime opportunity.

Where else can you learn the secret of elite performers in the 4 most critical "match and life" winning skills?

These are experts you'd never have access to, and they're here for just a few days.

Not sure what to watch? Here are some talks you won't want to miss.

Unlike physical conferences where you can end up sitting through content you just don't need, WinningSummit is delivered entirely online. Dip in and watch the specific talks you need to transform your game, or catch them all. It’s up to you!

With 63 experts from around the globe, the knowledge and training to WIN More Matches are just a click away

Meet the speakers
We use cookies This website (and some of its third-party tools) use cookies. These are important as they allow us to deliver an exceptional experience whilst browsing the site.

By clicking 'Accept', you agree to the use of cookies. To learn more see our Privacy Statement.